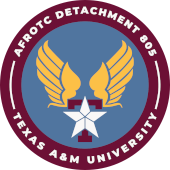 Detachment 805 boasts a proud heritage that is intertwined with the Texas A&M Corps of Cadets. Our program traces its roots to the passing of the Morrill Land Grant Act which required colleges, such as Texas A&M, to provide instruction in military tactics and drill in order to provide trained citizen soldiers for the United States should a war break out. It was in 1876 that Texas A&M University was founded on a strip of 2,416 acres donated by Brazos Country to become The Agricultural and Mechanical College of Texas to eventually become Texas A&M University. While every member of the Corps in those days began their military career as part of the Army, it wasn’t too long after that the Air Force Reserve Officer Training Corps (ROTC) detachment at Texas A&M would be founded when the Army Air Corps was eventually made into its own service, now the United States Air Force with the passing of the National Security Act of 1947 following World War II.

Since that time, Detachment 805 has continued to produce the highest quality men and women to serve in the Department of the Air Force. With Texas A&M University being designated 1 of 5 Senior Military Colleges (SMCs) within the country, cadets experience a daily routine of service and commitment within the Corps of Cadets that prepares them to become better officers and leaders in their future careers.

Cadets continue to remain Keepers of the Spirit and Guardians of the time-honored Texas A&M traditions. To this day, cadets who contract with the Department of the Air Force still wear the “Air R.O.T.C.” patches on their Corps uniform to designate their commitment to serve in either the U.S. Air or Space Force which has been the case since Detachment 805 was created. 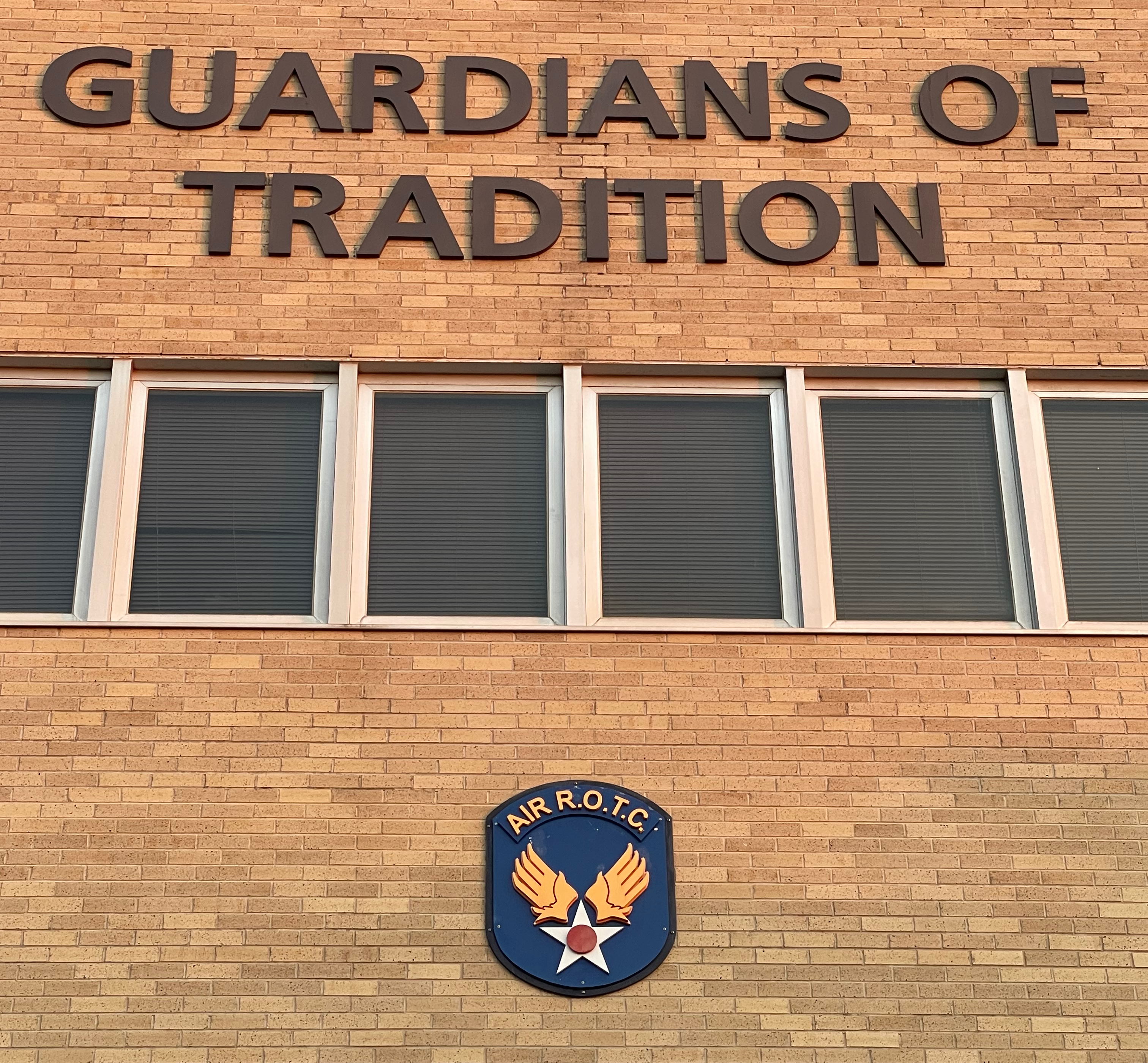 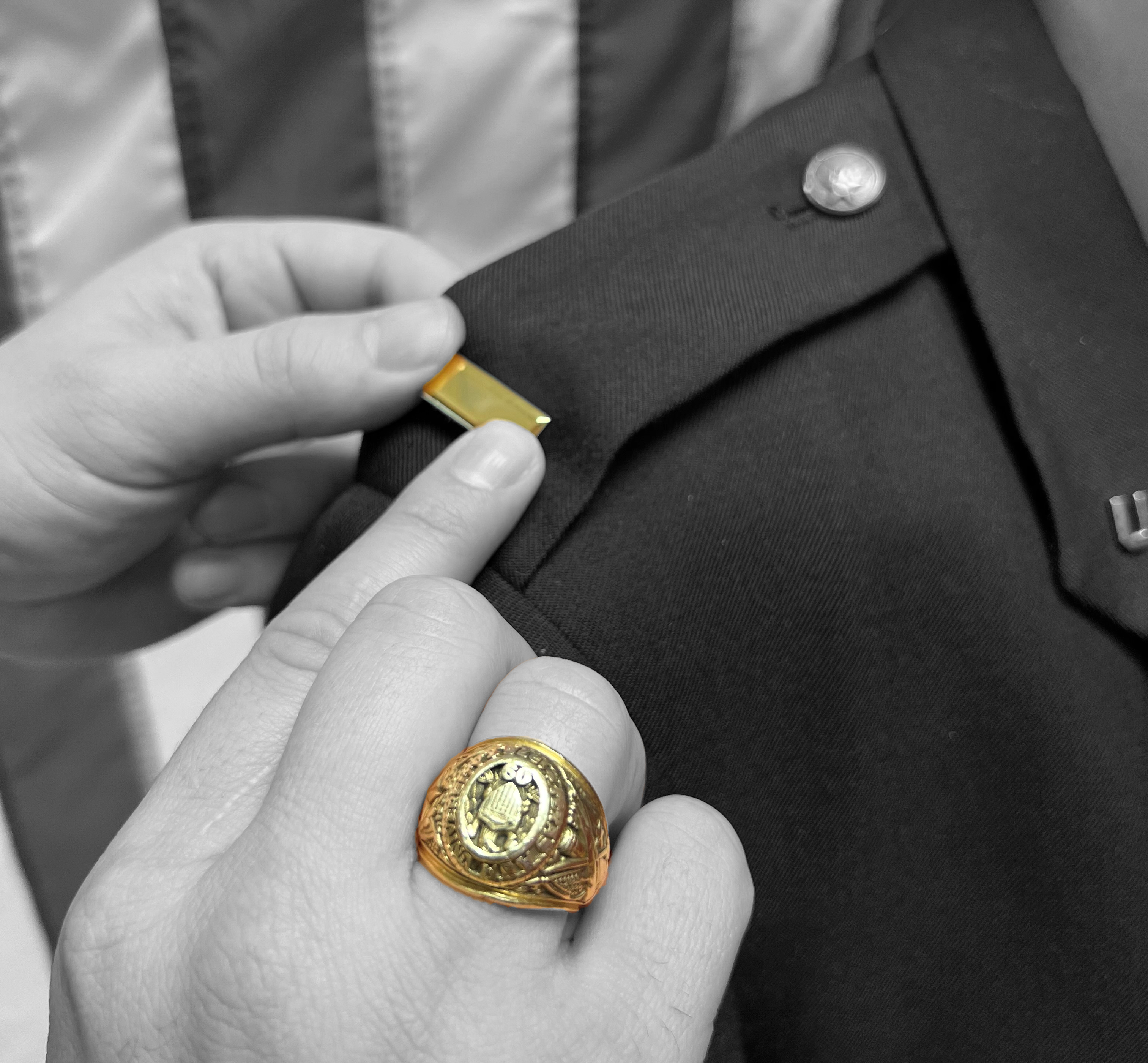 A Commitment to Excellence

The journey to becoming an officer within the Department of the Air Force requires a dedication to serving a cause greater than yourself. Detachment 805 at Texas A&M University has produced some of the highest caliber officers for the Department of the Air Force since our beginnings, having produced eight of the nine Texas A&M Four-Star Generals. These include generals who have served as Combatant Commanders, both an Air Force Chief and Vice Chief of Staff among many other high-level positions within the United States military and private sectors. To this day, the Corps of Cadets and Detachment 805 commission the most officers for service in the United States military outside the service academies.

It’s within the Corps of Cadets and AFROTC that cadets get to take part in a host of experiences that may otherwise be unafforded to them. From immersive excursion trips to another country to learn the language, getting up close and personal with live aircraft, and talking with Air and Space Force professionals from all specialties including Pilots, Nurses, Engineers, Intelligence and Cyber Officers, etc. We strive to ensure our graduates know the full scope of their capabilities and all avenues available to them. Joining Air Force ROTC at Texas A&M is both a challenging and rewarding experience that encourages cadets to push the boundaries of what they thought was possible and strive for new heights when it comes to developing themselves and those around them.

Our cadets remain involved in a multitude of other organizations both on and off-campus serving their local communities and fellow members of the student body. Academics and service are priorities for us here at Detachment 805 and we know that regardless of where our graduates go after they leave us, they will be prepared to take on any of life’s challenges having gained the necessary confidence and skills they learned here.

145 Years of the Corps of Cadets

Texas A&M Offers both the Patriot Scholarship to AFROTC Scholarship recipients which will pay for room & board after all other scholarships are applied and the Maj. Gen. Raymond L. Murray ’35 Scholarship which covers the amount of out-of-state tuition and fees for all out-of-state students regardless of scholarship status.

Detachment 805 has ranked among the top Air Force ROTC detachments in the nation with our staff earning multiple awards at both the regional and national levels in recent terms. Our selection rates for both Field Training and Rated Positions continue to remain higher than the national averages year after year. We aim for excellence in everything we do!

With both Corps Excursions offered by the Corps of Cadets and international programs such as Project GO offered through the Department of Defense, cadets have the opportunity to expand their cultural fluency and integrate more with our ever connected world.

We strive to provide our cadets with a wide breadth of experiences from opportunities for base visits, research & internships, flight incentive rides, and much more! Being integrated with the Corps of Cadets also means a host of other opportunities only found here! 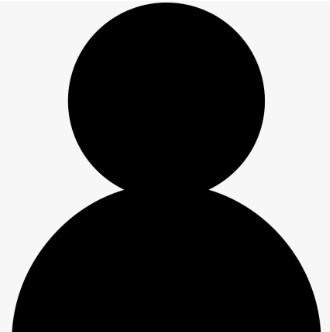 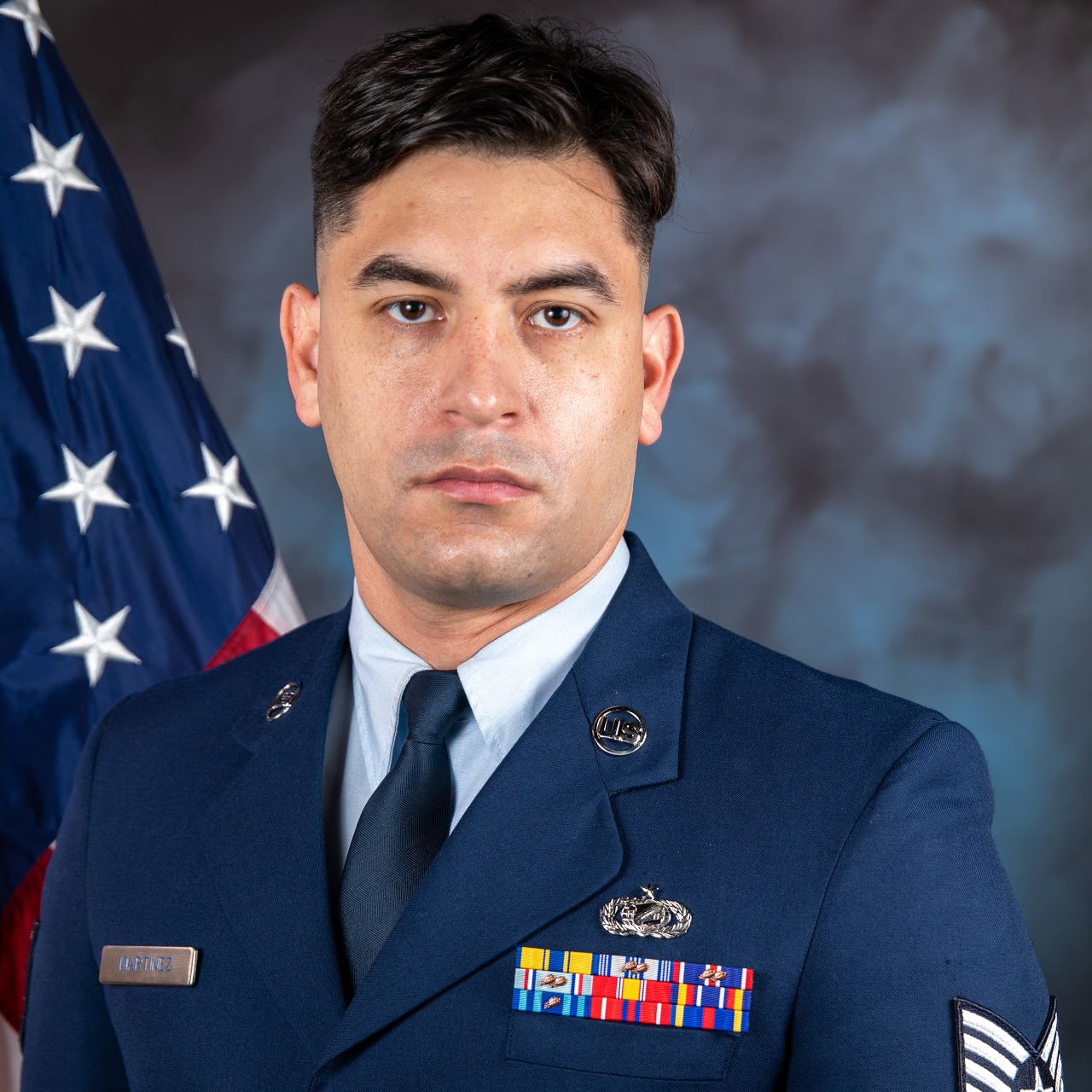 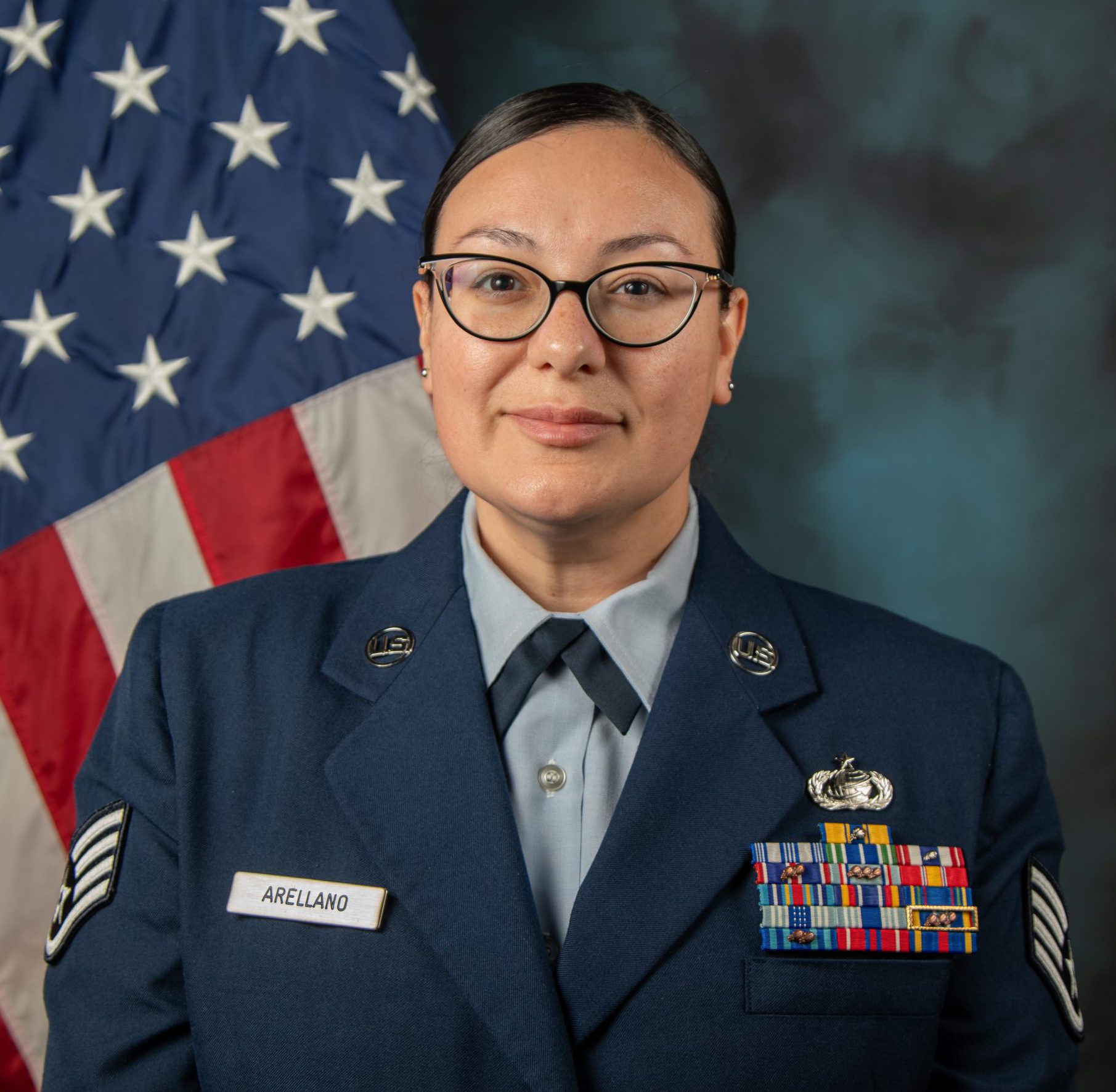 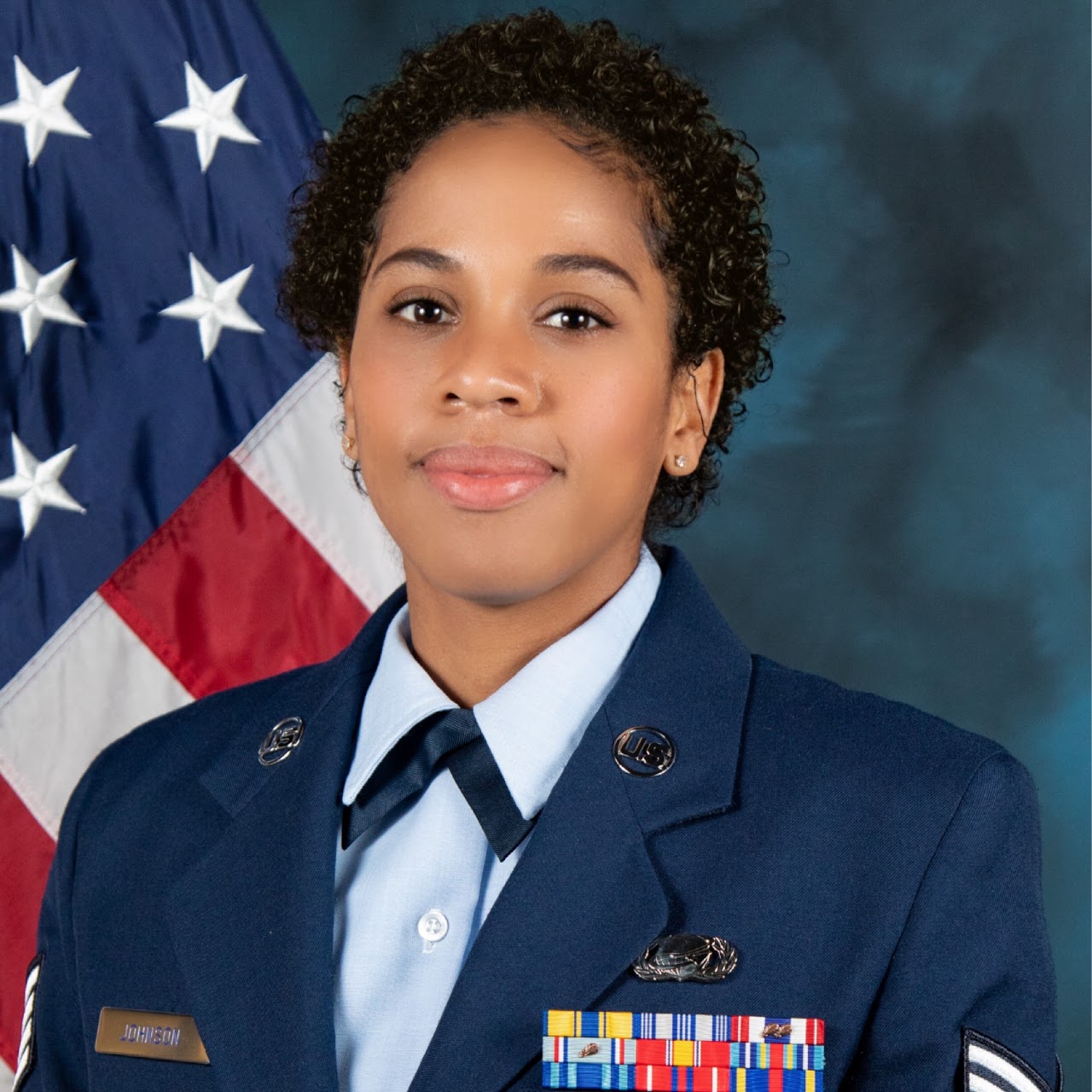